Londoners are prepared to pay an average of £43,000 more for their homes to be within a five-minute walk of a Tube or railway station, research reveals today.

The study compared prices of homes within 500 metres of a station — equivalent to a five-minute brisk walk — with those of a similar property nearly a mile away.

On average buyers were prepared to pay 9.4 per cent more for easy access to public transport, equivalent to a £42,900 premium, according to the analysis by lender Nationwide.

The findings also showed that Londoners place far more weight on proximity when compared with buyers in other major British cities.

The building society’s report also showed that the best connected boroughs were Camden, Tower Hamlets and Kensington & Chelsea, where 75 per cent of properties are within 500 metres (1,640ft) of a station.

At the other end of the scale fewer than 20 per cent of homes in Havering, Bexley, and Barking and Dagenham are that close to rail or Tube links. 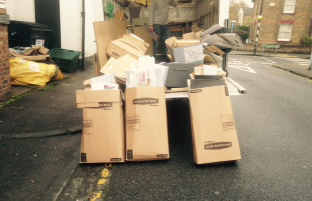